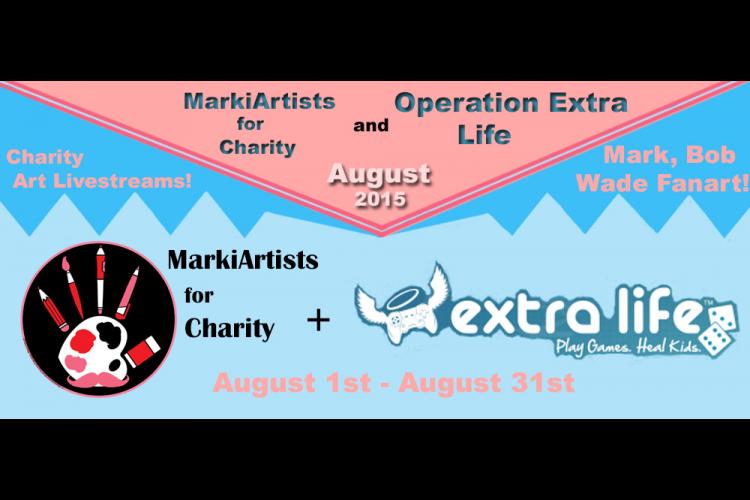 For the first time ever the MarkiArtists for Charity are going to be having a video game charity livestream! Starting tomorrow, Friday August 21st, at 7pm EST, the Let’s Play group PBT Arcade with markiartists-for-charity will be hosting a 24 hour gaming marathon with 100% of the donations going straight to All Children’s Hospital of Florida. Come chill with the crew for a ridiculous day of Let’s Plays all for a very important cause!

and guests such as Devon, the markiplieressentials admin and MarkiArtist admins!

They’re going to be playing many fun games such as Smash Bros, Mario Kart, Minecraft, and more!

So please come on over and watch the PBT Arcade play video games and try to raise money for the MarkiArtists for Charity’s Fundraiser for The All Children’s Hospital!

Hope to see you there!

Click the logo to learn more about the Benefiting Nonprofit.

Unverified Nonprofit | This nonprofit has not claimed this account and has been added due to fundraisers prior to launch. If representatives for this organization wish to claim this organization page, please contact us.
US EIN
870387205
Tags
Cause This Supports
Health
sfy39587stp16